Skip to content
Previous Next
Tailored Interventions for Misdemeanor Offenders in Los Angelesrayid2019-07-13T18:21:13+00:00 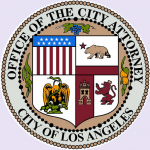 The Los Angeles Office of the City Attorney handles all misdemeanor cases for the second largest city in America. Although most defendants are only ever seen once by the City Attorney, a small number of defendants appear repeatedly, often moving between courtrooms throughout the city. When the City Attorney’s office is notified of a case, they frequently have only a few hours to act and fewer options for how to act (file a case or dismiss? pursue a plea deal or a court hearing? ask for jail time, diversion, or probation?). DSaPP worked with the City Attorney’s office to identify people with multiple prior cases or bookings who are at risk of appearing before the City Attorney again in the next six months, giving prosecutors time to identify resources, challenges, and potential solutions before someone has a new case. With this, they can deploy tailored interventions to prevent new cases when community resources are available and improve public safety by making informed decisions when defendants do reappear.

Many communities in the United States are trying to identify better ways to serve people with multi-faceted difficulties who tend to interact with public services and departments (e.g., emergency medical services, mental health services, and jail) frequently. Times of crisis may lead to interactions with the criminal justice system and booking into jail, with significant costs to both the individual and society. When this happens, the law enforcement and criminal justice systems typically have limited means to address the issues. The Recidivism Reduction and Drug Diversion Unit of the Office of the City Attorney in Los Angeles hopes to address this issue by identifying people at risk of re-appearing before their office with a new case. When they can identify people who are at risk earlier on, they can build tailored interventions that leverage community resources and address the needs and challenges in an individual’s life.

The City of Los Angeles and DSaPP built a system to identify when individuals with multiple priors (at least one previous misdemeanor case and either a second misdemeanor case or a booking) in the last five years are at risk of a new misdemeanor case or jail booking in the next six months. Based on this analysis, prosecutors in each branch of the City Attorney’s office are working on tailored interventions for the people most likely to return to their branch. These interventions include compiling case histories on individuals to determine what challenges they face and whether there are any common factors that tend to arise before they appear before the City Attorney. Each case history is intensive and unique to the individual, and the potential interventions (e.g., referrals to social services, family interventions, or diversion programs) are tailored to their circumstances. The City Attorney estimated that they could make up to 150 such interventions every six months.

DSaPP conducted three major analyses as part of this project. First, we used a matching algorithm to identify which cases in CCMS belonged to the same individual. CCMS links data according to case numbers, but it does not have a unique identifier for each person. Thus, we applied a probabilistic algorithm that used personal information (e.g., name, date of birth, and sheriff’s ID number) to rate whether two cases likely belonged to the same person.

Second, we built over one thousand predictive models that ranked individuals on their probability of returning to the City Attorney’s office in the next six months. To evaluate which models consistently made good predictions, we generated tested them on historical data every six months from January 1, 2014 through January 1, 2017 and ranked the models according to how many of the 150 people they identified as most at risk actually had a new case number in CCMS or a new jail booking in the next six months.

Third, using the 1,000 people considered most at risk by our final predictive model on January 1, 2017, we used clustering algorithms to identify groups of high risk individuals that shared characteristics that may be informative for intervention strategies.

Matching: We compared our matching algorithm to matches made by the City Attorney’s office using exact matches on last name, first two letters of the first name, and date of birth. Our probabilistic system identified an additional 59,245 matches beyond those identified by the exact match method.

Prediction: Of the 150 people flagged by our predictive model as at highest risk on January 1, 2017, 109 (73%) returned to the City Attorney’s office or the LA County jail for a new incident over the following six months. At the time the model was built, we only had access to data through July 2017. Although we made predictions about who was most at risk of returning in the six months following July 1, 2017 and shared these predictions with LA, we did not know their outcomes at the time. At the beginning of 2018, the City Attorney provided updated data including new cases in the second half of 2017. After matching these cases, we found that 71% of the 150 people the model identified as most at risk had a new case or booking in that time.

A key objective of this project was to achieve equitable outcomes for all Los Angeles residents that come in contact with the City Attorney’s office. The machine learning system we are developing has gone through extensive bias and fairness audits. We will be publishing more details of the process and the results over the next few months.

Future Plans and Areas for Improvement

The City Attorney’s office is currently working on tailored interventions for individuals identified as at risk in our latest predictions. Meanwhile, we are working with LA’s Information Technology Agency to transfer the software developed for this project to their infrastructure for deployment and continued development. As the model is developed, it can be improved through the incorporation of additional data sources such as social service data that may help identify people at risk who are particularly appropriate for specific types of interventions.